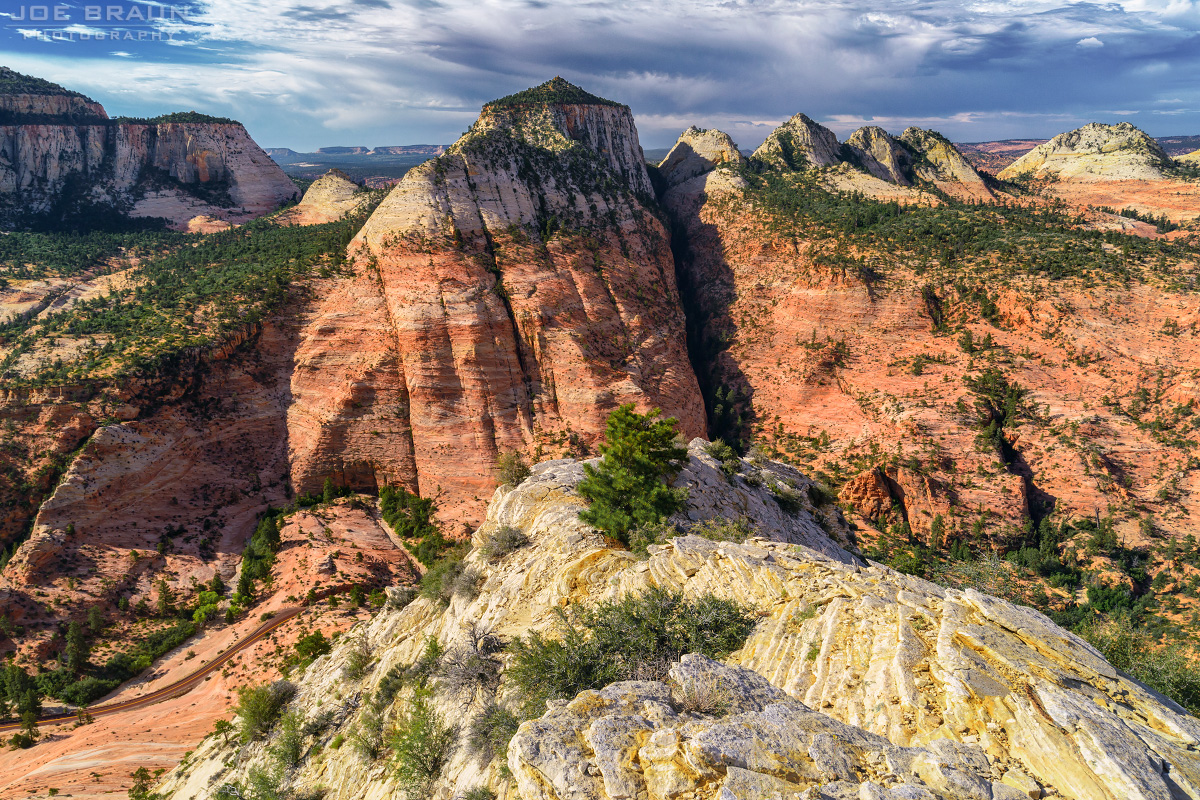 The Upper East Canyon is home to many beautiful and unique peaks that were formed from the eroding frozen sand dunes. South Ariel Peak is one of the more accessible peaks, located right off of Route 9 next to the popular Keyhole Canyon canyoneering route. A fairly straightforward scramble up South Ariel Peak takes you to some phenomenal views from the summit. But while the route is a fairly short and the lower sections are easy enough, a steep and intimidating Class 4 pitch near the top and big exposure along the summit's razorback make this a scramble to be taken seriously.

WARNING: This scrambling route has numerous exposed sections and may require a rappel back down from the top. This route is not suitable for casual tourists who have no scrambling or climbing experience.

Detailed Description:
The hike/scramble to the top of South Ariel Peak starts right off of Route 9 at the small parking spot at the mouth of the Keyhole Canyon exit, roughly 3.5 miles east of the Zion-Mt. Carmel Tunnel or 2 miles west of the east entrance station. From the parking spot at the south side of the road, look northwest to the fairly nondescript peak in the foreground: that is South Ariel Peak and the route to summit will seem very reasonable as a straight shot from the parking spot to the bowl near the top.

The route starts out easy enough as you hike the moderately-pitched red slickrock up the southeast slope of the peak. As you hit the bleached white slickrock, things get a bit steeper but are still reasonable; follow the contours and fault lines back and forth to zig-zag up the easiest route. Near the top is the crux of the scramble--a short Class 4 section of domed slickrock under the bowl that is steep enough to intimidate most hikers (including myself). 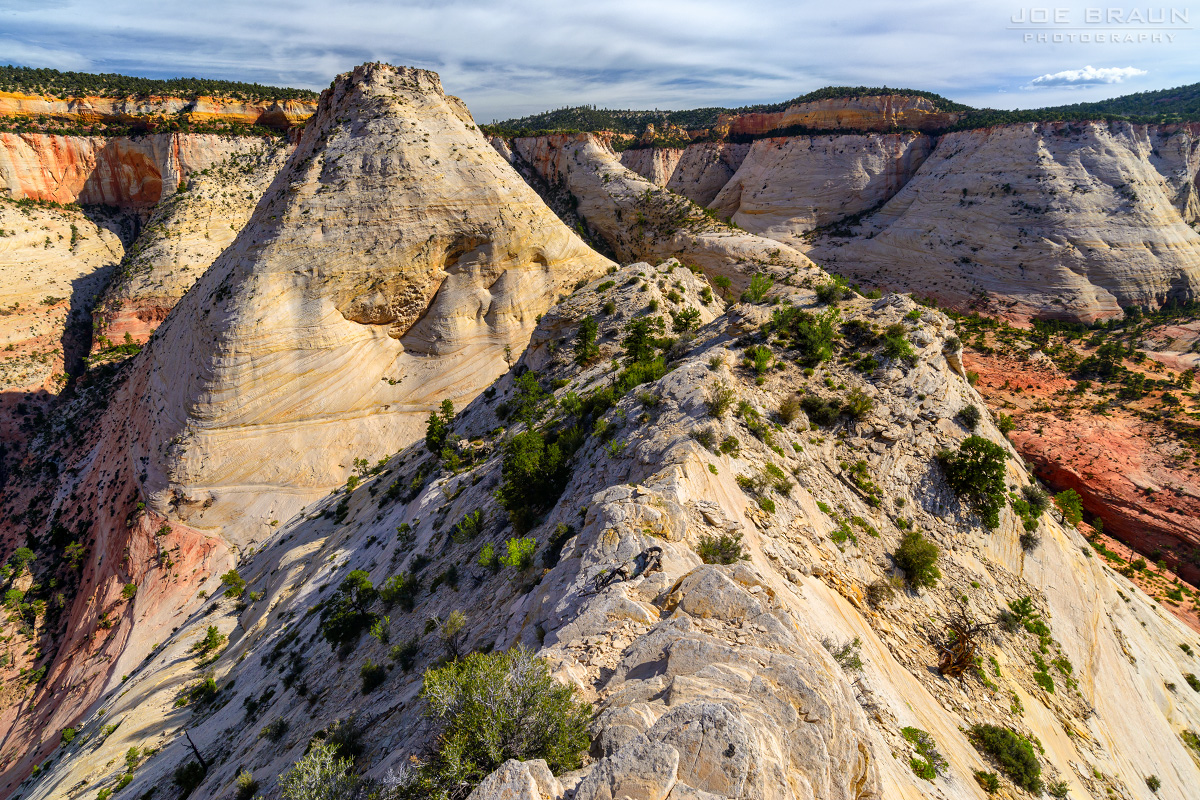 Find a reasonable fault line and footholds to scramble up; climbing experience and good footwear are very useful.

Once above the crux, continue hiking up the bowl to the razorback ridgeline. A final short exposed scramble will take you to the amazing views of the summit. Take great care exploring the ridgeline as there is serious exposure here. Looking south, Nippletop is the prominent peak with the smaller Separation Peak to the left (east) and the Fin, the Triplets, and Lost Peak to the right (west). Looking to the north, Aires Butte (a more serious climb) is the cone formation in the foreground and the shoulder up to the Jughandle Arch can be seen to the right (east). The Keyhole Canyon complex can also be seen down below. When you have had your fill of the views, return the way you came and consider doing a rappel off of the stump at the top of the crux rather than trying to downclimb the steep section.

Joe's Spin:
For such a short route, the scramble up South Ariel Peak is actually quite thrilling and offers some of the best views in the Upper East Canyon, but the Class 4 crux and exposure at the summit make this a bit too treacherous for casual hikers. The only other downside of this one is that it never gets far from Route 9, so you won't get that backcountry feeling listening to the constant sound of cars in the distance.

VIEW THE PHOTOGRAPHS! Return to the Upper East Canyon