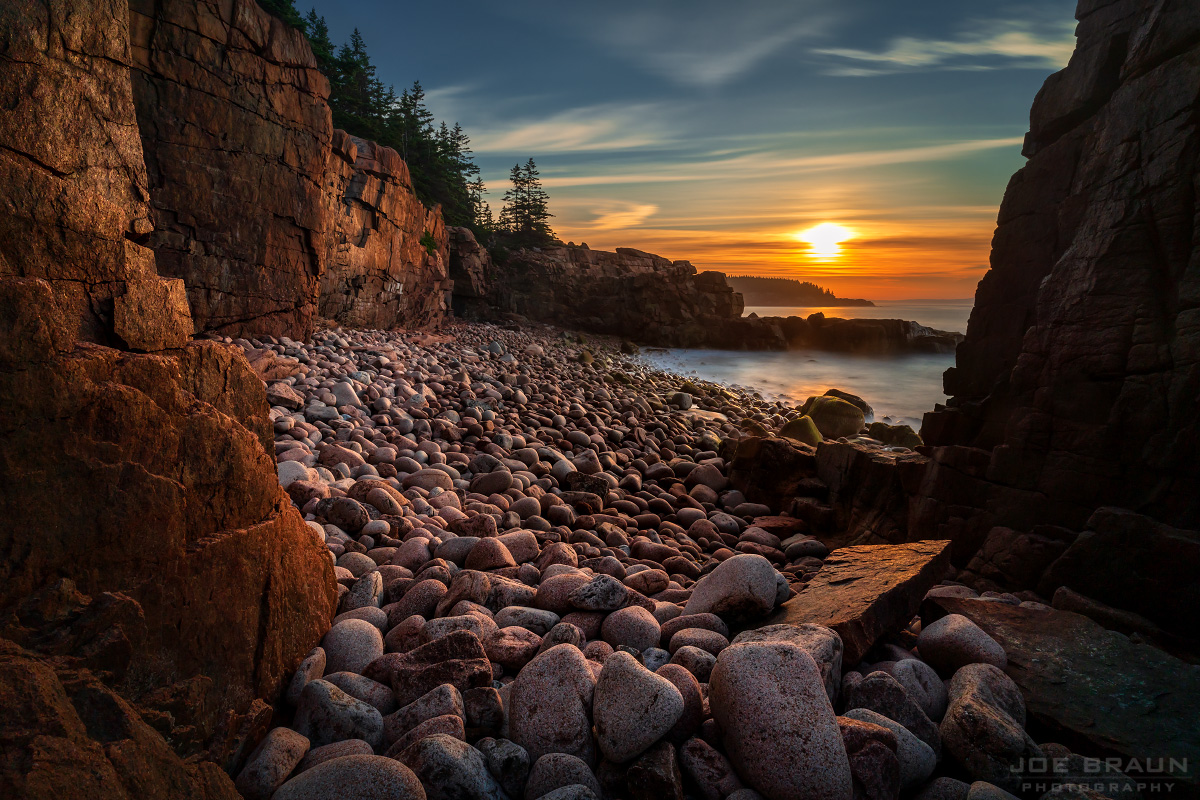 Acadia National Park is located along the rocky coastline of Maine, occupying most of the 108-square mile island of Mount Desert Island and several neighboring smaller islands in the Atlantic Ocean. Originally federally sanctioned as Sieur de Monts National Monument in 1916, it became Lafayette National Park in 1919 and ten years later, the park's name was changed to Acadia National Park in honor of the New France colony of the 17th and 18th centuries. Acadia National Park is the oldest national park east of the Mississippi River and is also one of the most popular with over two million visitors a year.

Mount Desert Island's appeal is the combination of majestic rounded mountain vistas with the nearby ocean and the beautiful forested valleys, streams, and lakes in between. The island is composed mostly of course pink granite formed from magma that bubbled to the surface roughly 400 million years ago and created a huge east-west highland. Over the last two to three million years, several waves of glaciers repeatedly carved through the granite, creating a large network of north-south ridgelines and valleys. 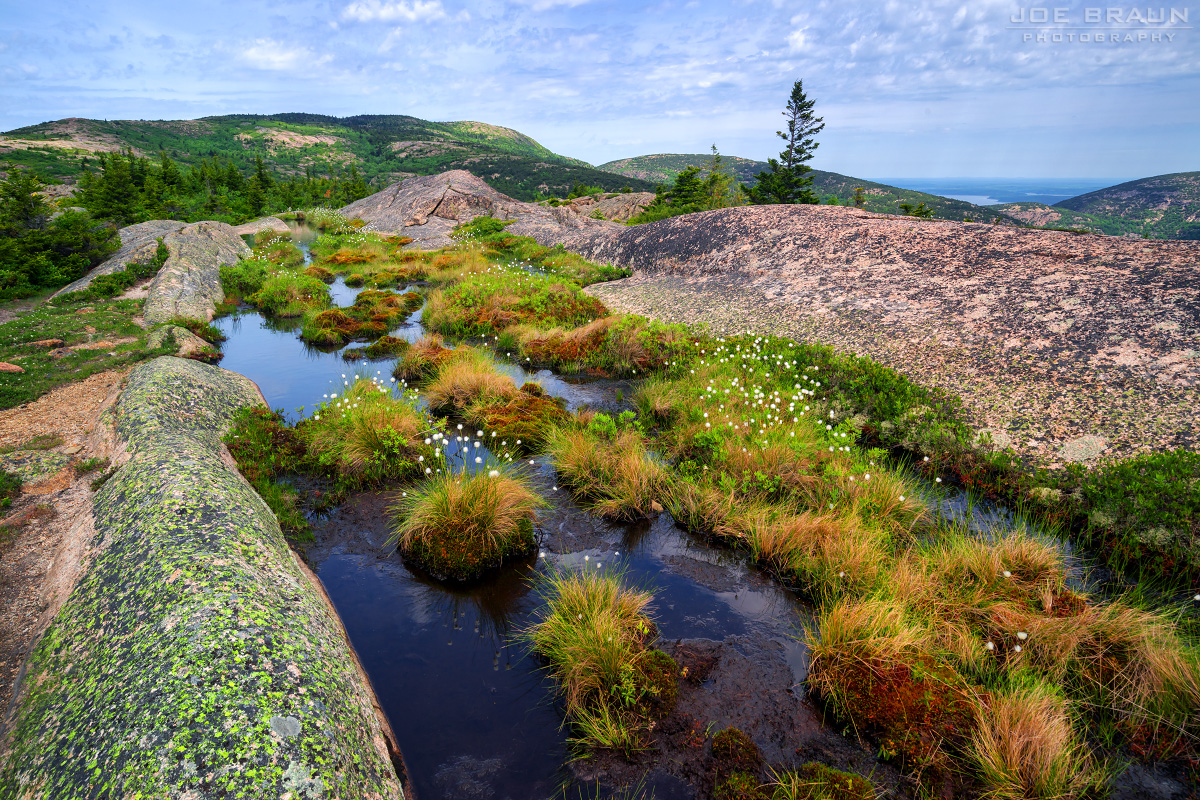 As the last glacier receded roughly 14,000 years ago, it plugged up the valleys creating many beautiful fjord-like lakes in between the peaks. The ocean continues the transformation process by constantly chipping away at the coastline and tumbling large granite rocks, turning many coves into beautiful cobblestone beaches.

Acadia National Park has a vast network of roads, hiking trails and carriage roads (discussed in more depth on the Hiking page) that allows visitors to easily explore the diverse scenery. Unlike many larger and more remote national parks that require long, strenuous hikes and/or backpacking routes to see some of the best scenery, all of Acadia's treasures are fairly easily accessible. During a vacation day in Acadia National Park, you can typically squeeze in several moderate day hikes and then spend the evening enjoying a gourmet seafood meal in the tourist town of Bar Harbor or in one of the other towns on Mount Desert Island.

Casual tourists, hikers, bikers, kayakers, climbers, and photographers alike are likely to have too many options during their visits to Acadia National Park. Some of the biggest general to-do's are listed below. (Hiking and specific hikes are discussed in much greater detail on the following pages.)

Page 2: Getting to Acadia National Park